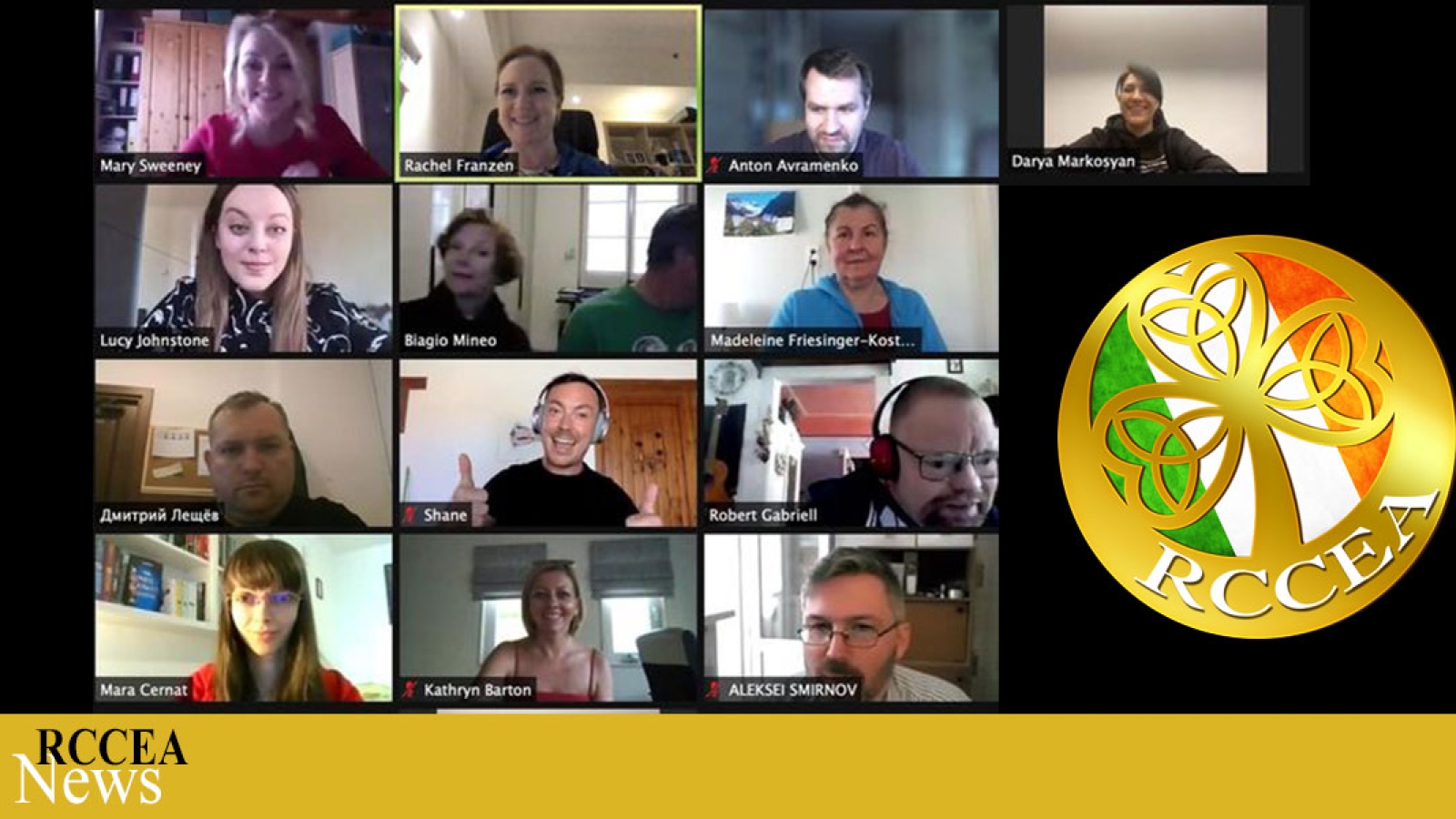 Mary was our Vice Chairperson during the last term and has taken on the role of Chairperson (along with many other roles) this term.  Mary lives in Landstuhl, Germany, but was born and raised in Rathkenny, Slane, Co Meath, Ireland.  In her competitive days, Mary danced for the Farrelly School run by Mollie Farrelly and Orla nic Conuladh. Aside from being RCCEA’s Chairperson, Mary is also CLRG VP for Europe/Asia, Chair of CLRG’s Overseas Development Committee, a member of RCCEA’s Oireachtas Committee, RCCEA’s Irish Language Officer, and an active member of the IWG. A busy lady!

Most of us know Biagio as Feis Registrar, but he has taken on the new challenge of Vice Chairperson for this 2-year term.  Biagio lives in Milano, Italy and is also Chair of RCCEA’s Oireachtas Committee.

Mara is continuing on in her second term as RCCEA Secretary and Regional Rep for SE Europe helping with the organizational tasks of the council.  Mara lives in Bucharest, Romania, and grew up in Galați, Romania, a city on the banks of the Danube.  Mara has been living in Bucharest since she was 18.  Mara started dancing with Anne Marie Cunningham, before transferring to Anna Tillak, under whom she studied for her TCRG.

Rachel is the author of this article and is serving her second term as Vice Secretary for RCCEA.  Rachel is currently in the middle of moving from Mumbai, India, to Doha, Qatar.  She was born and raised in Canberra, Australia where she danced for the Liz Gregory Academy and Trenholme School.  She has taught Irish dancing in Australia, Oman, Russia, UAE, Qatar, and India.  Rachel is one of RCCEA’s CLRG Reps and serves on CLRG’s Overseas Development Committee.  She is also a member of RCCEA’s Public Relations Committee and Professional Development Committee.

Madeleine holds the purse strings for RCCEA.  She is repeating her tenure as RCCEA Treasurer.  Madeleine lives in Kempten, Germany.  Madeleine is also a member of RCCEA’s Oireachtas Committee.

Shane is in his second term as RCCEA’s Vice Treasurer and has been an active member of RTME / RCCEA since 2004. Shane has been living in Fuerteventura during the pandemic, but usually divides his time between Barcelona and Germany.  Apart from assisting Madeleine, Shane is also the chairperson of the PR committee. He was voted onto the CLRG as regional rep this year for RCCEA and serves on the Public Relations and Marketing Committee, in this role he is the PRO representative for CLRG for Europe & Asia.

Lucy is new to the RCCEA Council this year.  She lives in Munich, Germany and aside from being our Feis Registrar, Lucy is on RCCEA’s Professional Development Committee and is the Regional Rep for NW Europe.

Esther is in her second term with RCCEA (having served RTME for many years previously).  Esther lives in Milano, Italy.  She is on RCCEA’s Oireachtas Committee and is the Regional Rep for SW Europe.

Kathryn moved from Hong Kong to Dubai almost a year ago, so she is the perfect person to be our Regional Rep for Asia, as well as our Child Protection Officer.  Kathryn originally hails from Scotland and  also serves on RCCEA’s Oireachtas Committee.

Anton recently qualified as a doctor and lives in Samara where he has lived since birth!  In his competitive days, he danced for Rooney-Iridan School, and is now with the Carey Academy, Russia. Anton represents the voice of the Russian teachers and it is his 2nd term as a regional rep.

Aleksei was born and raised, and now teaches in St Petersburg, Russia. He has previously danced with Ceilidh School and Tir na Nog Russia and now teaches for Carey Academy. Aleksei is new to the RCCEA Council this term and represents the voice of the North-East teachers.

Darya was born in Ufa in Central Russia but now also lives in St Petersburg, although she seems to spend more time in the air than on the ground as she travels all over Russia to teach in multiple locations of Carey Academy.  Darya serves on the PR Committee and is Chair of the Professional Development Committee.

Dmitry is also from St Petersburg, Russia and is a pub owner and teacher with Carey Academy.  Dmitry is part of the Professional Development Committee.

Robert currently lives in Hamburg in Northern Germany, but grew up in Cork.  He has also lived in Frankfurt/Main and Warsaw.  Robert is new to the RCCEA Council this term and is on the Professional Development Committee.

Special mentions to Daniele Rigamonti and Josefine Cairns, who are not on the Council, but volunteer their time for the PR Committee and the Professional Development Committee respectively.